The Tablets Must Be Crazy!

Anyone remember The God’s Must Be Crazy? It was a fabulous film which started almost as a travelogue, describing urban Johannesburg and then juxtaposing that against the tribesman of the Kalahari desert. One tribesman receives an empty Coca Cola bottle that falls at his feet, as if given by the gods, in fact it was chucked out of a plane. The film describes how he and his tribe try to work out what to do with it,  but so divisive is this new toy that the tribesman decides the gods must be crazy and so he goes on a journey to the edge of the world to return the offending bottle – not so with tablet computers!

In a recent experiment the organisation One Laptop Per Child (OLPC), decided to do precisely that (well not chuck tablet computers out of a plane) but take them, leave them and come back later to see what the children had done with them

“I thought the kids would play with the boxes.” (Hell, what parent hasn’t watched their small child discard the expensive toy and gather hours of entertainment out of the box.)  “Within four minutes, one kid not only opened the box, found the on-off switch … powered it up. Within five days, they were using 47 apps per child, per day.” so said Nicholas Negraponte founder of OLPC.  Not only did they start using the tablets, they started to recite the alphabet (these tablets were programmed in English, which does beg the question of technological imperialism – but that’s another blog) anyway the users got round the camera blocking lock and hacked Android – nice!

“The meteoric rise of modern instructionism, including the misguided belief that there is a perfect way to teach something, is alarming because of the unlimited support it is getting from Bill Gates, Google, and my own institution, MIT. “ Nicholas Negraponte in his own article on this process.

That phrase “the meteoric rise of modern instruction, including the misguided that there is a perfect way to teach something” must have resonance with every teacher in this country who has ever been inspected. The constant contortionist revisions conducted by teachers attempting to adapt their style in the classroom to the latest fad from Ofsted, or senior management, is an attempt to fit into this idea that there is a perfect way to teach. The problem is, that in our effort to pursue this pseudo perfection we may very well find ourselves out of a job.

On the one hand the vision of OLPC which I have always admired, combined with the vision of organisations such as the Khan Academy even the elite iTunes U (see this blog for more – onlinelearninginsights) suggest a new world of learning cheaply,  resources readliy accessible to all without, as Negraponte puts it, the industrialisation of teaching that has confined it to measuring progress and target setting that measures the teacher rather than the creativity, imagination and curiosity of the pupils. Un-programmed learning, he states is similar to the process of creating software, the trial and error mechanism is the way children learn, pretty much from the moment they are born and the tablet and computer are compatible with that process. This then is the way of the future, bye bye teacher hello tablet, Skype and an archive of online tutorials updated by a shrinking number of experts.

Of course when print on demand became a real prospect people said that this would be the death of the book and in some ways it has been – just check the remainders shops, but in other ways reading has never been more popular. I don’t think J K Rowling, (Harry Potter) Stephanie Meyer (Twlight) or Suzanne Collins (The Hunger Games) are suffering to much from the death of the book, or for that matter Ian Rankin (Rebus). Book publishing has gone through a massive change, the author can get access to the reader directly, but books still exist.

There is still a need for the real, the communal and the personal: in music, stadium rock and gigging are still a massive part of the industry; why else do people go to the cinema in droves, to watch a movie they could see at home in greater comfort? So yes there is still room for personal contact, but how much do they really need? In music, books and journalism a lot more is being done for  a lot less. Journalists barely get paid any more, musicians gig for peanuts, authors publish and be damned or at least they don’t get paid, some get famous via the wire, the rest do it for the joy of it, most of them didn’t see it coming and teachers may well be on the cusp of the same fate – if the industry of teaching breaks down, how many will be left and how many will do it for the joy of it? 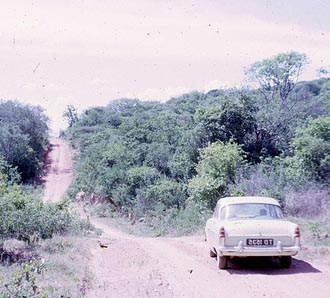 Actually, it’s an interesting metaphor “go the extra mile”, I did a little research, turns out that it comes from the Sermon on the Mount , it was spoken by Jesus, no it’s okay I am not going to compare Mr Wilshaw to Jesus, but the context has some relevance. In the days of Roman occupied Palestine any Roman soldier

could force any citizen to carry his equipment for one mile. The essence of what Jesus said on that day, was that if that happens to you, then go another mile with him, own the moment, don’t be a slave, take away his power to force you to do it by offering the service voluntarily, take the moral high ground. Now I’m not entirely sure that that is quite what Mr Wilshaw meant.

To be fair the vernacular use of that phrase in the new millennium has come to mean doing extra work, putting in more effort and not necessarily expecting (but maybe hoping) for anything back for that effort. To be honest (to use another vernacular phrase) I have always been a little bemused by this idea of free work. I have only been in teaching just over ten years, before that, like most of the rest of my family, I did not have proper job, I was freelance. When you’re a freelance you assess the job, you assess the time, you sign the contract and you complete the job in the hours assigned or you charge more. Of course, it’s a nightmare of judging the value of the client to you, if they ask for more than agreed. Your tender may come in more expensive because you want to do a good job, than someone else’s and so you lose the job, you have to judge all the time what the job is worth, and if the client comes back to you and asks for more, they should be aware that they’re trying it on. The principle is clear, agree the price, do the work for that price. Anyone who has ever had building work done, a boiler put in or windows done, knows the price of the job and what it covers, nothing more.

When I was first employed I was given the contract, which outlined my designated hours and was immediately told that that didn’t matter because everybody worked at least 10 hours over the contracted hours anyway. SAY WHAT? How does that work then? Is the contract not worth the paper it’s printed on then? Why would I work more than I am contracted to for no more money?

It seems to me that Mr Wilshaw is very much in the role of the Roman soldier, he is asking teachers to work more for nothing. He is suggesting that they may get more money, but then that really does allow him the power over the extra mile, which is, in principle a voluntary act, nothing should rest on it, not pay, not expectation, like a lawyer who does pro bono work. A teacher should not be paid according to their volunteering services and, more to the point, other teachers should not be judged if they do not “volunteer” – who knows why people don’t do unpaid work, aside from it not being a contractual obligation, health problems, sick partners, elderly relatives or volunteering for a charity might be the reason why a teacher is out the gate at 3 o’clock.

Out the gate at 3 O’clock but still working

Of course you could be out the gate at 3 o’clock with a pile of marking, a good bit of lesson preparation

to do, and the facilities to do it at home, that are more efficient, more up to date, better heated and isolated from the constant demands that distract you from completing that wonderful Scheme of Work, or uploading some good resources to the VLE.

In the flipped classroom where you work will become increasingly irrelevant, that will be true for both student and teacher, particularly at the post-16 level which I inhabitant. Perhaps the main problem with the flipped classroom, is that you can never get away from it, parent email, uploading resources, colleagues asking for one more thing by email.

As for me I work in FE, teaching A Levels, my teaching hours are 9 – 4, I am never out of the gate at 3 and I earn thousands less than equivalent colleagues in secondary school, my mile is well and truly trodden.