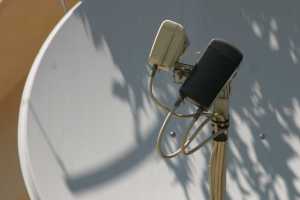 A cursory browse through the many comments on my little Outcasts article has revealed one repeated mantra – what are we paying our licence fee for? Good question methinks, especially as I am currently paying, not only our own licence fee but one for our son (student) and very soon one for our daughter, soon to launch into the student world (hopefully ahead of the other fees débâcle). That means that for the privilege of the four of us watching TV we are paying £436.50 per year. not only that, if you  have the full Sky HD multi room blah blah blah at £70ish per month – you could be looking at a pretty neat £1,200 a yearish for  TV.

The difference between the BBC and Sky is, that of course we all have a choice, we could dump Sky and go to Freesat, or Virgin, or go out for a walk, but if we don’t want to watch the BBC, if we just want to keep a telly on the wall so we can watch DVDs, Apple TV and Youtube, we still have to pay the BBC for the privilege of owning the set, because it is assumed that TV equals BBC. In fact, our experience is that, even if you don’t have a TV on your wall, or if you’re dead and have been certified as such the BBC licence fee enforcers will still pursue you with vigour and accusation, refusing to believe that there are some out there who eschew the square eye screen, or no longer have any use for it in a coffin or an urn. Technically, if you can prove you only watch non BBC content through a computer you should not have to pay a licence fee, but so bound up in our lives is the presence of the BBC that it is virtually impossible to avoid its use altogether. I wouldn’t be surprised if standing watching it in a shop window would qualify.

Now, that is not to say that I am in total opposition to the licence fee, after all I did work for the BBC (and I was told that not paying your licence fee was a sackable offence). The BBC then did  put out a tremendous amount of content and that was in the days of BBC Enterprises (a misnomer if ever there was one) before BBC Worldwide and BBC web content arrived. There was no doubt in my mind then that the licence fee enabled the BBC to provide content that could not be provided by its competitors ITV and later Channel 4, not least its radio content. In fact one of the ongoing debates I had on the Sony Radio Awards Committee, was that there should not be a Drama Award for radio, because only the BBC could afford to make drama, and therefore only the BBC could win it, and this skewed the results. My reply to that was Dylan Thomas (Under Milk Wood) and Lee Hall (from radio Sony Award to Billy Elliott), plus commercial stations could make drama, they just didn’t want to because they were driven by the ratings and the relationship between cost and audience.

1 Is that relationship between cost and audience more commercially skewed than it should be, denying fledging programming the chance to survive and smaller audiences who pay their licence fee opportunities to watch TV not provided elsewhere?

2 Is the model of the licence fee anachronistic and does a new model of finance need to be found?

If you think I am going to answer these questions -forget it! It is a nightmare of complexity, if the BBC’s content is to be financed by public subscription it will struggle to provide anything but commercial content, or very niche content. If government is to finance it, issues of independence and integrity occur. If this country is to maintain its relationship with quality TV and particularly quality radio and news, a forced subscription of some kind seems to be the only answer.

Considering that last night we watched a Tina Fey interview by Google from Mashable on the iPad – it does seem that neither licence fee nor screen were particularly necessary.  At the same time I am appalled by the ratings driven, reality game show schlock that is turned out by all channels and whilst the BBC is guilty, it does still have its charter to inform and entertain, which it does still do, on occasion very well, and as for the websites, well call a spade a spade the Beeb done good.

However the outrage over Outcasts demonstrates that there is a disenfranchised audience out there, not dissimilar to the one equally outraged over Channel 4’s dumping of The Daily Show and there’s the rub. My experience of the response to the dumping of the The Daily Show for its weekly Global Edition is equally frustrating. Channel 4 may have mentioned that the show’s return would only be in the form of the weekly Global Edition, but, if they did, they did so in a whisper, so by the time most of the audience woke up the moment had already passed, Channel 4’s response to the audience has been equally frustrating and patronising, licence fee or no licence fee – never forget the execs know best and the audience – well obviously the audience is a bit dim and, sadly, judging by the response to some of these shows, that might be true. In the meantime, as a privileged young couple tie the knot in Westminster Abbey, the BBC has a flung a huge amount of licence fee at the biggest reality show of them all, lets hope they get some of it back. As for me I’m not into royal weddings, I’m feeling like a bit of an outcast!

Jon Stewart, The Daily
Show team et al. What are you doing to your English fans?
All right we may be a select bunch, not numbering many as audiences
go, but have you considered our influence? What British actor does
not come on the show and declare that they watch you in England and
praise your protestations? And for those in more humble professions
any number of teachers point their students to your show for
introductions to politics, satire, even English terminology, your
audience was building among the young people of these damp shores.
Perhaps audiences here were a little confused by the sudden breaks,
the four day regime, and the resolute failure to treat your show as
adult and place it beyond the watershed, but does that mean that we
must be cut off from access completely? That we must be fed the
edited highlights with no reference to our choices? Without your
take on American culture, us Britishers will very quickly succumb
to our prejudiced stereotypes: and those are that no one in America
thinks, that Fox News represents you all, that the talk is all of
war war and not health, or rescue or education. Throughout the life
of The Daily Show so far, you have upheld free thinking, free
speech, and you have challenged prejudice and mean spiritedness,
called out the fanatic and ignorant and made them either justify
themselves or exposed them as fools. All this was in the name of a
more democratic, culturally intelligent, debate. Your impatience
with the Senate, with the your government was a refreshing and
revealing take on our stereotypical view American life and yet…
and yet … now that debate…. that satire is now denied to the
British audiences. I appreciate that this may be a Channel 4
decision, that they choose to lock down their
contribution to satire in this way, I get that… but Comedy
Central is the arbiter of price and of internet permissions.
Internet access has long since been denied and now that
authoritarian mean spiritedness perpetuated by “the man” extends
not merely to Channel 4 but to you. The ethos of the show: to allow
freedom of comment beyond the confines of network constraints and
the pettiness of business interests, has been dumped with its
British audience, both on paid for terrestrial TV and online – and
that means, Jon Stewart, that means ….. that you too have become
….. THE MAN…….. and not in a good way! http://www.newstatesman.com/blogs/cultural-capital/2010/12/stewart-daily-colbert-obama