New article in Splice (Auteur Publishing) the Tim Burton issue – Sleepy Hollow – a must see and a must read – Puritans, Witches and Hessian!

If There’s Only One Film …. Make It Sleepy Hollow 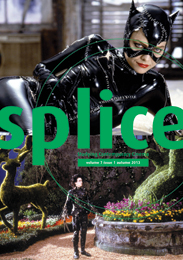 The Story: History and the Horseman

Perhaps it should come as no surprise that the general myth of a headless horseman, that is so much a part of the legend of Sleepy Hollow, a real town⁠1 in New York state, has been adopted by American cultural history and associated very strongly with the history of itself as the emerging independent US of A. The origins of Sleepy Hollow’s Headless Horseman may date back much further than the story told by Washington Irving, but  since then, he has become an integral part of American mythology, a true monster of their own. Washington Irving’s initial short story, has engendered a true modern myth, with films based on the story and the place dating back to 1896⁠2. Thus, The Legend of Sleepy Hollow and Tim Burton’s interpretation of that story have done much to put the Headless Horseman on the American mainland’s map.

However, no self respecting myth is confined by the boundaries of nationality and the Headless Horseman has himself a history in European culture, Dutch culture, in fact, which is why  Washington Irving to set his classic in the Dutch community of Sleepy Hollow some few miles north of the city of New York. 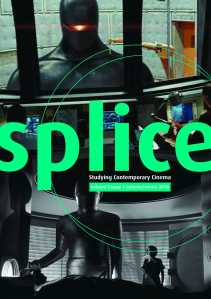 This article will look at remakes, specifically remakes in the crime genre, after all it is no secret that the audience has an overwhelming appetite for crime, so why not sell the same story twice, or thrice? What is any crime story, but a remake? A murder, a heist, a mystery, whether it’s Marlow or Morse, Columbo or Porfiry1, real life or even Rick Deckard (Blade Runner, dir. Ridley Scott, 1982) whether it is the detective or the PI, comedy or Se7en (dir. David Fincher, 1995) the elements are the same, murder, mystery and suspense.

1 Porfiry was the detective in Dostoyevsky’s Crime and Punishment, now acknowledged by Peter Falk as the inspiration for the character of Columbo.