Well with cancellation season nearly over in US TV, at least as far as most of us are concerned, and pitch season approaching I expect we are all dreaming up new ideas and wondering why our favourite series has bitten the dust.

To be honest I’m not fully clear on the cycle of creativity in Hollywood, but there does seem to be a cycle which culminates in the commissioning of series in November and the cancellation of series in late Spring. The ever hungry television machine chomps through ideas and characters with the indecency of an uncontrolled population explosion, creatives young and old, try desperately to work out the magic formula that will be the next hit. Most of us just dream of course, some of us try pitching and all of us are an audience, so all of us have an opinion.

I started this blog with a whinge about the demise of Jericho and how the fans of the show bombarded the network with tons of nuts, yes nuts, to get at least a resolution to the show’s long arc and they succeeded. No such luck so far with Outcasts and Firefly remains the daddy of all network mistakes. On the plus side, in my early years of teaching teenagers I asked them the same standard introductory question at the beginning of their AS year “What is your favourite TV show?” in one year a massive 60% across the genders said The OC. Whether that is the Holy Grail of TV shows, I don’t know, but still students who missed it first time round will smile and admit that they love The OC and like to catch it on DVD. The current success of the BBC series Episodes unpicks this round of pitch, create and destroy with ascerbic honesty, depicting a world where focus groups and research are the modifiers of story lines and character – perhaps they should have asked my students.

Personally whilst I enjoyed Lord of The Rings and its fantasy friends what I miss at the moment is anything space travel. Stargate Universe was an honourable, if not slightly more thoughtful (and that was probably its problem) story of travel in space, as was Firefly, as was Battlestar Galactica. I have already rushed out to see Prometheus and I gather the next Star Trek is on its way and I have hopes of Blood and Chrome the prequel to Battlestar Galactica but now there is news that there is only the pilot and SyFy will not run the series, bad news for our local hero Luke Pasqualino who went from the murdered Freddie in Bristol based Skins to Adama and bad news for those who have long admired the writing of the reimagined Galactica series including Caprica. Not only that the trailer is not available in the UK dammit! Luke P is our local boy – I have taught students who were in that series of Skins, no wonder SyFy are getting cold feet! NBC Universal don’t want to publicise it for “copyright” reasons – those reasons will prevent it being sold at all at this rate, and there goes the money! Mind you if we can’t look I thought we could look at Cookie (Jack O’Connell) as he avenges (or not) the death of his friend played by Luke Pasqualino – apparently not but – in the meantime -lets look at  what we can get – at the moment – and good luck to both of them I say!

AND FINALLY in all that what of the series that last? CSI Miami has bitten the dust after being the most watched TV show in the US. While CSI New York and Las Vegas survive, NCIS goes on and on and Dexter keep going.  Mind you perhaps not one the longest series out there but one of the most consistent, whose popularity is both a mystery and easily explained, is Supernatural, two young men 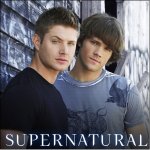 (and there’s the explanation – there’s a lot of eye candy for those who like the scopophilia of women, but not so much for those who fancy men) so two brothers, now not so young,

fighting demons in a quiet corner of television history, perhaps soon to be challenged by Grimm, go on  to season 8 and they’re gunning for a season 9 – the demons of middle age beware!

I have a memory which I think is false, because it would have required a babysitter, which we could never get, of seeing a violent but funny film, somewhere in London, possibly free due to the generosity of Time Out, but I think my memory serves me ill and while, no doubt it was recommended by Time Out and shown late and free to those who could get there, I think we must have seen it on TV after the kids had gone to bed. The film was Killing Zoe (Dir. Roger Avary 1993) and it starred a young and intense red head, Eric Stoltz (iPad predicted “stilts” that must annoy him). Anyhow, it was the era of Reservoir Dogs (Dir. Quentin Tarantino) and Killing Zoe was a take on a similar style. Written and directed by Roger Avary the film is set in and involves a bank robbery, a siege and a girl (Julie Delfy), all conducted, in somewhat of a drug induced haze. It was funny and dark and Eric Stilts – sorry Stoltz – was intense and memorable. The film was well thought of by the critics although some felt its dependence on violence was over the top and we shall draw a veil over its financial success so pretty soon Stoltz disappeared.

He reappeared in the famous and funny scene in Pulp Fiction (Dir. Quentin Tarantino, 1994) that involved a cell phone, a car crash, a gangster’s wife (Uma Thurman) a very big needle and some adrenalin. 2 Days in The Valley wasn’t bad either, but I guess the reason haven’t seen much of him recently is because most of his TV choices have not been run in this country (UK) until Caprica.

Let me say from the outset that, like most of the stuff I watch, Caprica (iPad predicts “Caprice”….awkward) has been cancelled, that almost goes without saying, but it seemed a shame to let it go without a mention. Like its famous predecessor (although, in fictional terms, its successor) Battlestar Galactica, it was thoughtful science fiction. The backstory to the re-imagined world that was Battlestar Galactica, this prequel to the Cylon wars has the customary detail and verisimilitude that we have come to expect from Ronald D. Moore and David Eick, the makers of Battlestar. Whilst it might have been tempting to fling together a few stories to capitalise on the success of the main series, not so with Caprica it was presented as a piece developed with respect for the audience as opposed to an attempt capture their attention for as long as possible before they wise up to a second rate con. Whether it is myth or practice that Hollywood writers and producers develop copious series notes and a variety of back stories that support their characterisations I don’t know, but the stories of Caprica, the ancestors of Adama, the thinking that led to the creation of the Cylons remains detailed and original.

Most of all the decision to suggest that the creation of the Cylons could trace its original genesis to a feud between a teenage girl and her parents was little short of a stroke a genius! Of course a teenage girl might be rash enough to join a cult, to court death without regard to the consequences, of course a teenager might be able to code a program more sophisticated than anything her clever father might do, of course the love that father had for her might drive him to resurrect her in a virtual world and think about how to transfer her to a body later. The teenage daughter’s name is Zoe and whether that is a reference to the film Killing Zoe or to the meaning of the name in Greek ‘life” is a mystery to me, but a great deal about the nature of the Cylons is explained by that device: immaturity, contrariness, but also passion and originality, even sincere religious belief, especially if you understand that their genesis lies in the mind of a teenage girl.

However it was not just the representation of the Cylon back story that was compelling but, as with the original series, the portrayal of characters and relationships that play out against the background of an imagined world almost exactly like our own. The Adamas are a driven family, exiled from their planet, living the balance between honesty and gangsterism, murder and freedom fighting. The brothers, Sam and Joseph, are fiercely loyal to each other in the light of their oppression. Tradition, family and a mafia-like underworld inform the history of the Adamas with Joseph’s son, Willy, presented as an interesting possibility. Eric Morales (Joseph) portrays a desperately bereaved father with visceral verisimilitude and Sasha Roiz plays an assassin with a heart of gold with tact (if that’s possible) including a nice cathartic moment with a Cylon.
Then there’s the Graystones (ipad predicts “gravestone”) with an aristocratic name that echoes perhaps the great lord Greystoke (Tarzan) and with more than a hint of a combination of Steve Jobs’ sex appeal and Bill Gates’ house the family plays out its saga against the backdrop of what appears to be Pugit Sound in an echo of Baltar’s doomed apartment in BSG. It is Paula Malcomson as Amanda Graystone and Stoltz as Daniel Graystone whose performances as a long married couple who suffer the loss of their daughter together that underpin the grammar of relationships against the backdrop of science fiction. The couple copes with the subsequent dissonance that their loss brings to their marriage and offer a thoughtful take on a mature and loving relationship, much as later, in BSG, Adama (Edward James Olmos) and Laura Roslin (Mary McDonnell) slowly form a loving and mature relationship. In Caprica, Daniel and Amanda are a couple who know each other intimately, so well in fact, that despite their differences, they are more comfortable with each other than they are with anyone else.

There is more to the series and would have been more that I would happily have indulged, but once again the hungry money machine that is network TV spits out quality in fear of the loss advertising revenue. The second DVD’s out Monday … If you’re new to the whole franchise start there and move on to Battlestar Galactica.

And for those of you hankering for more a new series in between the two Blood and Chrome starring local boy for us Luke Pasquilino as Adama is on its way. I’m guessing more action and less thought will hook the audience but will it be quality?